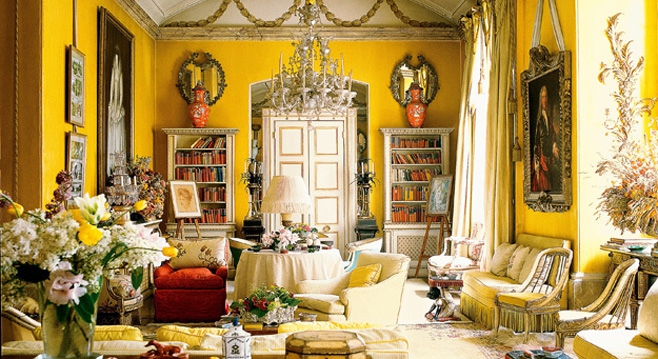 “An infinite capacity for taking pains”

“Didn’t you know there’s a difference between ‘indicate’ and ‘point out’?” my tutor at Oxford University fired this question at me after noting I’d been using both words interchangeably.

The class was supposed to be on philosophy, but back then, my sensitivity towards English was so wanting that my tutor would often opt to teach me the basics of writing instead. Each session was one-on-one, so he could attend to the problems he considered to be in most urgent need of correction.

I’d always thought “indicate” meant “point out,” so his grilling left me tongue-tied. And since I was the only student in the room, there was only silence.

Realizing no reply was forthcoming, my tutor provided the answer himself.

“You use ‘point out’ when the existence of the matter in question can be independently verified, ‘indicate’ when it’s not.”

I may have remained mum at the time in my tutor’s office, but I do think in the years that followed, I more than made up for my lack of responsiveness that day. A case in point: last year, when I came across this sentence on the 2019 protests written by a pro-CCP columnist:

I weighed in on her misuse of the word “defiant.”

“Her description of the protesters as ‘defiant’ seems to me a mark of her insensitivity to the nuances of English. ‘Defiant’ has a positive connotation; since, as a known pro-Beijing figure, the writer must have had no intention of painting the protesters as heroes, she should have used a word with negative undertones. I would have used ‘unruly.’”

In hindsight, I can see the way that offhand observation about “indicate” and “point out” has ended up instilling in me a lesson far more important than the mechanics of writing with precision: my tutor’s attempt to enlighten me marked the first time I was exposed to the idea that in society, across disciplines, there are serious people who subject themselves to exacting standards, and that if I could somehow be serious myself, one day I might have hope of becoming a low-ranking member of these exalted circles. Since then, I’ve developed an interest in eyeing how serious people labour to achieve exactitude in their fields, how they attain a turn of mind the Victorians actually had a name for: “an infinite capacity for taking pains.” My inquisitiveness about this aptitude has had a practical impact on me: even in those periods of my life when I wasn’t exactly surrounded by serious people, in immersing myself in their stories, I still managed to live under the illusion that it’s normal to be “needlessly” meticulous.

Before long, I also realized a preoccupation with the finer points of one’s line of work often coexists with a tendency to shun proven formulas: the road less travelled is almost always more rewarding, but only when one is assured in one’s ability to take command of unfamiliar details will one have the gumption to dive into the unknown. To stimulate my taste for adventure, I’d mull over stories like the legendary interior decorator Nancy Lancaster’s  (1897 – 1994) daring in painting her living room yellow, at a time when yellow was precisely the color other decorators made a point of avoiding, out of the belief that its brightness would distract attention from paintings and furniture. To be sure, Lancaster didn’t land on her yellow in one go; as she went through a process of probing and tweaking, she would variously call her yellow candidates “Pekin yellow,” “gorse-yellow,” or “glowing Italianate yellow.” The shade of yellow she eventually nailed down, her biographer Robert Becker describes ecstatically, was “fresh and absolutely charged yet all the while calming and regal in its repose.” Not only did her yellow make her collection of paintings stand out; it also merged her room’s ornaments and furniture into a satisfying whole.

“Don’t bother to explain writing. It can’t be done, for writing is essentially an intuitive process,” a well-respected columnist warned me when he learned of my plan to do just that. His well-meaning advice only made me more…well, I guess “defiant” would be just the right word to use – he intensified my desire to try my hand at writing about writing. In any case, I’m happy I have precedents like Lancaster’s yellow room to keep me company each time I venture out of my comfort zone.