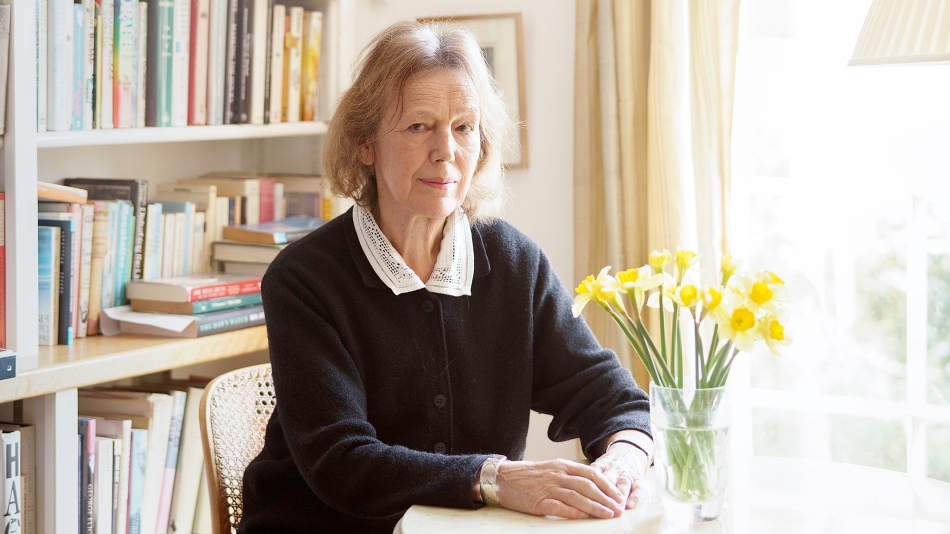 Among the notes of condolence British author Claire Tomalin received when her 22 year-old daughter Susanna killed herself, the one written by New Statesman editor Anthony Howard struck me in particular. It was formal in tone, yet so intimate in substance:

“I shall always remember Susanna as the marvellous, cheerful, sparkling girl who came to the New Statesman [for a holiday job] that summer – and whom I later saw in the full bloom of her youth, success and confidence outside Blackwell’s in Oxford, surrounded by admirers but still ready spontaneously to greet (and insist on talking to) an old figure from the past like me. She had that day such charm and animation – and if I had known anyone in my generation remotely approaching her in sheer appealing, unspoilt brightness I should have counted myself the luckiest lad in Oxford.”

Howard transported a grieving mother back to the scene of a chance encounter he once had with her daughter outside Oxford’s Blackwell’s (Blackwell’s is a bookshop located at the center of the university town). His description of Susanna’s standout-ness was made more compelling by the fact that it was indirect: not only did he immediately identify from the body language of those who crowded around her outside the bookstore that they worshipped her; he identified WITH them, envisioning himself being a student at Oxford once again and likewise putting a girl of such vitality on a pedestal.

Howard’s note demonstrates that one way to write impactful personal correspondence is to
conjure up an image that has staying power. Imagine, instead of portraying the bookstore scene, Howard had opted for stock phrases like “I’m sorry for your loss.” This version has all the dismalness of an unmarked grave; it could have been written by anyone, for anyone. Which brings me to my next point: the delivering of a thoughtfully-written letter is itself a thoughtful gesture, for it shows that the author had cared enough about the recipient to have taken the time to think before scribbling. It’s really the thought that counts.

Howard’s technique of writing a memorable letter by staging a spectacle as its centerpiece caught my attention because I’ve long drawn on the same trick when writing my personal letters. Below is one of them, a note I wrote on my last day of work to my soon-to-be-former colleagues. In it, I invoked a scene from the set of Fellini’s La Dolce Vita to convey my ambivalence about leaving. As I re-read it now, I find its self-absorbed tone embarrassing; otherwise, it’s not a bad farewell letter, mainly because I had chosen my central spectacle well.

(Below is my farewell letter)

It is with mixed emotions that I’m writing this farewell note. On one hand, I feel bad (guilty) about leaving a company that has taught me so much and invested so much in me; on the other hand, I’m happy and excited that a new chapter of my life is about to begin.

And yet, the one emotion I’m feeling above all today is sadness. My mind keeps on returning to something I once read about the Swedish actress Anita Ekberg. Her last scene in La Dolce Vita took place in a car, filmed in a studio. When the filming was over as far as she was concerned, she collapsed in tears, held onto the steering wheel and refused to leave. Eventually, she had to be carried away by gentle force.

Even though I’m leaving on my own volition and won’t by any means need to be carried away from the office at the end of today (!), I already know I’ll forever miss the role of a reporter. Further into the future, when I’m jaded and weary of the world, I’ll probably see my Dow Jones days as the period of my life that best encapsulates what it’s like to be young. For this reason, I’ll be keeping some of the stories and columns I wrote – stuff that normally don’t have a shelf life of more than 24 hours – safely tucked away somewhere, because one day, they’ll become precious mementos of my youth. As I read and re-read them, I’ll remember the helping hand of and encouraging word from many of you, the numerous phone calls and the many meals it took to land on this and that piece of information, the intense physical demands of spotting and then running after government officials from one end of a room to another.

Thank you all for making my time at Dow Jones such a fabulous experience.

0 comments on “Take a cup of kindness yet”

I'm Michelle Ng (吳若琦), an Oxford-educated bilingual political writer and English writing coach based in Hong Kong. I'm currently an English columnist for Apple Daily and Ming Pao, and a Chinese columnist for 眾新聞. I have written for Hong Kong Free Press, The Wall Street Journal and The Vancouver Sun